Life Centre’s For Life, Not Just For Christmas!

We were informed of the launch of Newcastle’s latest Christmas extravaganza – a Christmas Village in Times Square – as well as brilliant The Centre For Life’s ice rink opening and encouraged to attend.

“This is brilliant,” said Mum. “We have the whole place to ourselves!”

The Life Centre’s seasonal ice skating rink is a Newcastle Christmas steadfast, hugely popular and will be open to the public from Saturday 10th November. The Life Centre has a wonderful Seasonal programme coming up. 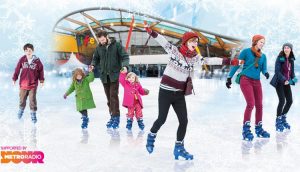 Photo courtesy & copyright of The Centre For Life

Sarah Reed, Communications Manager at Life Centre gave us the lowdown on all that will be happening at the Life Centre in the lead up to Christmas!

“There’s been loads going on today [launch day]. We’ve done an event on the ice rink as we’ve brought it back and it will be here until next February’s half term holidays, and although the event is centred on the ice rink, today was to launch our whole festive season. So we’ve got the ice rink that opens to the public skating from tomorrow. We’ve got Santa in his grotto, from November 17th on weekends only up until Christmas. Plus our friends in the Christmas Village launching today so that’s exciting that it’s alongside Life Centre!”

There’s also lots going on in the Life Science Centre as well. Not everyone knows that we run Christmas themed activities – you can explore fake snow in the experiment zone; make Christmas crafts in the Making Space; and on the 4D Motion ride, we’ve got The Polar Express, which gives you a completely new way of experiencing the show.”

We also have a fantastic exhibition opening for the Christmas holidays! If anyone likes a nice sci-fi movie for Christmas they should come along to Alien Invasion.”

“We can hardly contain our excitement as you’ve got so much going on!” I tell Sarah.

“It must be a very busy time of year for you?!” Mum chips in. 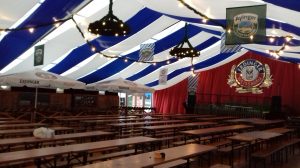 “Will you be at the Christmas Village launch this evening?”

“Oh, definitely! Who doesn’t like a nice, warm drink and a log fire? It just gets you into the festive spirit. It’s so pretty,” Sarah told us. “The Christmas Village team have done a really great job with it – it looks so impressive, so pretty with all of the fairy lights and Christmas trees. It looks fantastic!”

“We look forward to raising a stein with you – cheers!” 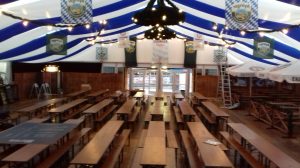 We received complimentary tickets to attend ‘Thriller – A Halloween Special’ featuring The Hits Of Michael Jackson at Wylam Brewery in Newcastle’s Exhibition Park.

The show was presented by World Headquarters.

We caught up with Tommy from the latter who presented the event. 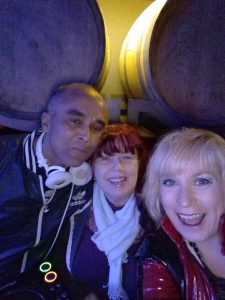 He tells us: “A while ago I decided just doing WHQ Club for the young ‘uns wasn’t enough. I wanted to get older people out and get our unifying WHQ vibe spread around the generations.

Wylam is the perfect venue to do that. The band ‘Rogue Symphony’ that played the MJ Halloween show for us, are one of the finest we work with.

As soon as they said they had this in their box of tricks I jumped all over it..! 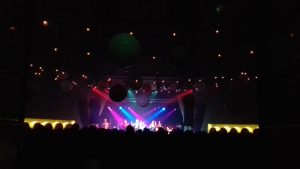 They sang MJ songs across the ages – from The  Jackson Five, through Off The Wall to Dangerous.

‘Can’t Stop ‘Til You Get Enough’ was belted out by Alex, who was introduced as being part of the Thriller Live Show. His falsetto voice was something I only hit on seeing a spider!

He shared the vocals with Annie and Hollie and all of them were great, definitely not ‘Bad’*! 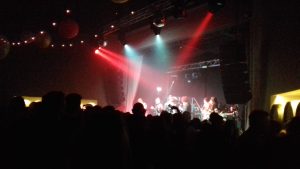 “The show is on Halloween night,” we say to Tommy, “what kind of fancy dress are you expecting?”

“Ha! We’ll see… I hope a lot of folk will get with the ‘spook’ of the event and go mad on the costumes!”

Some people went the whole hog. I’m sure I saw someone dressed as a hog roast.
Or maybe he’d come straight from work in an abattoir. 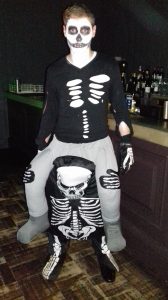 Lots of MJs in different costumes.I wore a Thriller jacket, then spotted a lad had had the same idea. Bloody cheek. Pffft!
I also saw a woman in a Thriller jacket. I obviously looked better than she did – plus she grabbed her crotch a lot more…

“So what next for WHQ at Wylam Brewery?” we ask. 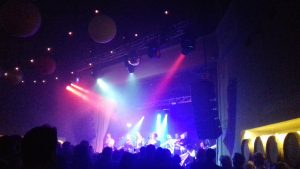 “We have Paul Simon’s Graceland with the London African Gospel Choir. I’m really looking forward to those shows. The first date on Friday 16th November has already sold out and Saturday 17th November is flying out.

That is an astonishingly uplifting night out. You should come you’ll be amazed..!

Then Rogue Symphony are back with their ‘Hits of Beyonce and Destiny’s Child’ show, which is amazing too on Thursday December 13th. It’s pretty much the dream for a girls’ night out and always packs out.

I love the whole run into Christmas; we’ve got so much fab stuff happening at Wylam – sometimes I feel like I’m going to explode with excitement..!!”

And we love World Headquarters! 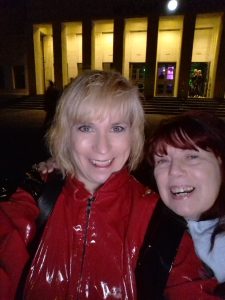 Would you want to bump into these couple o’Thrillers on Halloween eve… Mwah ha ha ha ha!